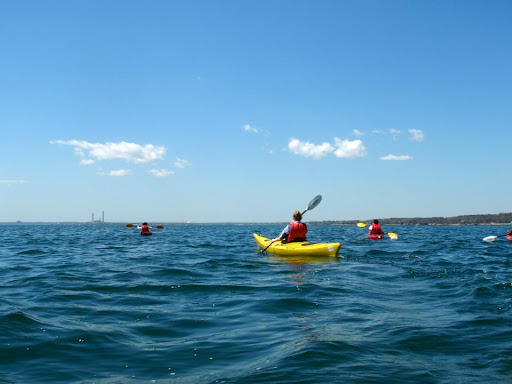 Our Symposium Kayaking Event was a great success! 10 of us paddled out to Misery Island, picked up trash and had a great discussion about how we can restore hope. Adventure Pursuits Director Abby Stroven reflected on the event:

This year’s Gordon College Symposium theme was “Hope: Making All Things New”. In light of this theme the La Via Center chose to participate by hosting a kayaking and service event. The goal of this event was to get students excited about caring for creation and give them an opportunity to put this idea into practice. Nine Students and one La Vida staff member kayaked from West Beach to Misery Island and collected trash as well as did some trail maintenance. This island is part of the Trustees of the Reservation who count on volunteers to help maintain and preserve this local treasure. Ramona Latham, representative for the Trustees, was very thankful for the help. The La Vida Center is planning to partner with them for future service learning events. 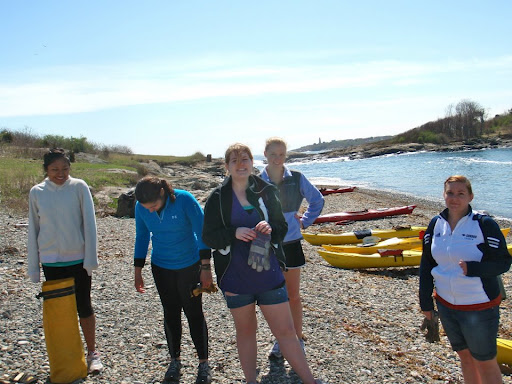 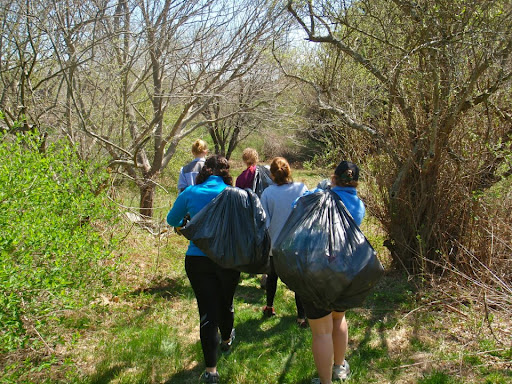 Here are a few quote from the students about this day:

Why is helping to restore creation important?
“Sustainability”–Alverina Berube
“Being good stewards of God’s creation. Obviously our actions destroy a lot of creation so why not be proactive in restoring it?”–Gayle Watson

Why do you think some people don’t get involved in restoring creation?
“People think their one piece of trash won’t make a difference”–Jesse Harris
“I think sometimes the issue of restoring creation is just so overwhelming. I have come to realize that it is important to take ownership of your own area. We are here so let’s pick up trash because we can. We can help the people who come to this island have a better experience and that action is meaningful even if in the grand scheme of things it doesn’t seem like we have done much.”–Caitlin Wheeler

The Island also provided some great exploring. In the early 20th century there were numerous attempts to transform the island into a resort. There are several ruins on the island, one of which is what is left of a water tower, which looks similar to Stonehenge.